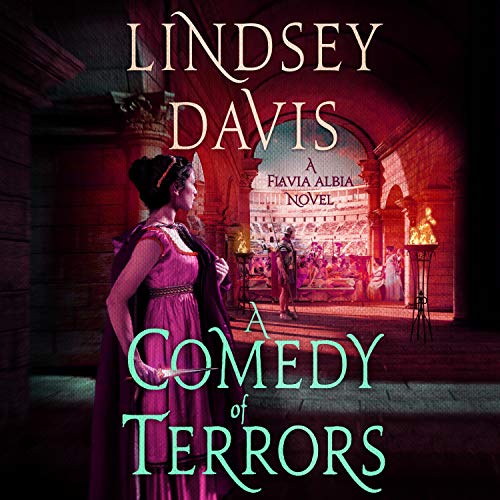 A Comedy of Terrors

In Rome, 89 AD, poisonings, murders, and a bloody gang war of retribution breaks out during the festival of Saturnalia, and when her husband, Tiberius, becomes a target, it's time for Flavia Albia to take matters into her own hands - in Lindsey Davis’ next historical mystery, A Comedy of Terrors.

Flavia Albia, daughter and successor of private informer Marcus Didius Falco, is twiddling her thumbs with no clients during the December festival of Saturnalia. But that doesn't mean all is quiet. Her husband, Tiberius, and the Fourth Cohort are battling organized crime interests that are going to war over the festival nuts. A series of accidental poisonings, then bloody murders of rival nut-sellers, and finally a gruesome warning to Tiberius from the hidden criminal powers to back off.

Albia has had just about enough and combines forces with Tiberius to uncover the hidden criminal gangs trying to worm their way into the establishment at a banquet of the emperor Domitian.