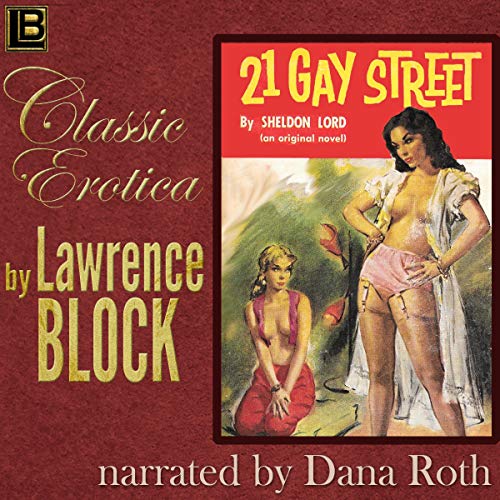 When Joyce Kendall arrives in New York, fresh out of Clifton College in Iowa, she has a job and an apartment waiting for her. The job's as a first reader for Armageddon Publications. The apartment's at 21 Gay Street, and the small Federal-period house is already home to a lesbian couple, Jean Fitzgerald and Terri Leigh, and an out-of-work newspaperman, Pete Galton.

The relationships of these four people under one roof add up to a fast-paced story that is not only satisfying fiction but a rare window on Bohemian life in the late 1950s. A drug-fueled rent-party-turned-orgy at the apartment of one Fred Koans is just link to a world some older fans may recall.

Gay Street, in the heart of Greenwich Village, runs for only a single block between Christopher Street and Waverly Place. The 1943 movie A Night to Remember portrays 13 Gay Street as the address of the building where most of the action, including a murder, occurs. In 1996, Sheryl Crow made a video on Gay Street for the song "A Change Would Do You Good."

21 Gay Street, a very early Lawrence Block novel, was originally published under the pen name Sheldon Lord. It was never reprinted after its initial publication in 1960, and this marks its first appearance in 56 years. As such, it seems an ideal choice to lead off Lawrence Block’s Collection of Classic Erotica, and the book's original cover, with a painting by the great Paul Rader, is reproduced here.