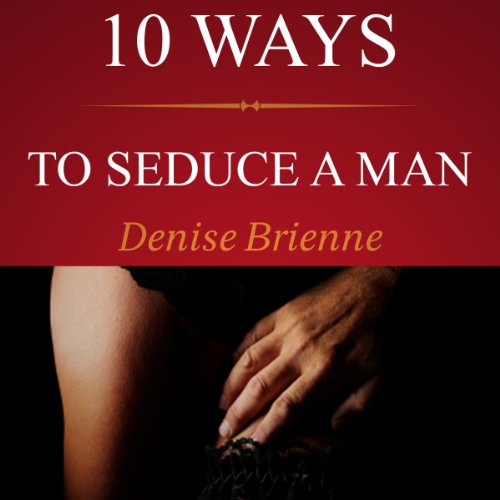 How to Be Seductive and Turn a Man On
Autor: Denise Brienne
Sprecher: Johanna Fairview
Spieldauer: 43 Min.
Kategorien: Erotik, Sexpraktiken
5,0 out of 5 stars 5,0 (1 Bewertung)

So you want to seduce a man.

Maybe you simply want to walk into a bar and get the attention of the hottest guy in the place. Maybe you want to head to the dance club and shake your stuff with a dozen different eligible men. Perhaps you're in the mood to seduce your boyfriend into the hottest sex you have ever had, or maybe you want to shake things up with your husband. Either way, the rules of seduction remain the same whether you have been married for ten years or smiling at each other for all of ten minutes.

These rules of seduction are not secrets. In fact, you already use some of them instinctively. You probably already know some things that work and some things that don't. But the key to true seduction is learning to hone those skills until they become second nature.

Have you ever seen a woman at a club or bar who had no problem picking up men, even if she wasn't the best-looking woman in the place? That's because she knew those rules of seduction so well that she used them without conscious thought. They were ingrained in her. At some point, she had become a seductress and now she was using those skills without even trying!

That's what YOU can do, too.

So without further ado, let's talk about what seduces a man and how you can use it all to your advantage, no matter what your situation is!

I love this short book . I would recommend it to every lady regardless of her age.