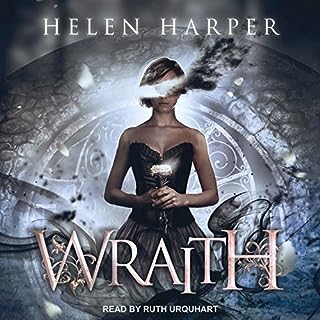 Saiya Buchanan is a wraith, able to detach her shadow from her body and send it off to do her bidding. But, unlike most of her kin, Saiya doesn't deal in death. Instead, she trades secrets - and in the goblin besieged city of Stirling in Scotland, they're a highly prized commodity. It might just be, however, that the goblins have been hiding the greatest secret of them all. When Gabriel de Florinville, a Dark Elf, is sent as royal envoy into Stirling and takes her prisoner, Saiya is not only going to uncover the sinister truth.

The story is quite good, let’s say the idea is good but not so much the way it was worked out. The whole why and when wasn’t mentioned in my opinion, no backstory no explanation why they are in this situation as well as nothing on why Stirling was besieged by Goblins. And the relationship between Gabriel and the main character just annoyed me most of the time. In the beginning I was hopeful but then it just got worse from each interaction. If you had difficulty in the beginning with the Performance you might get used to it but you might never enjoy it.