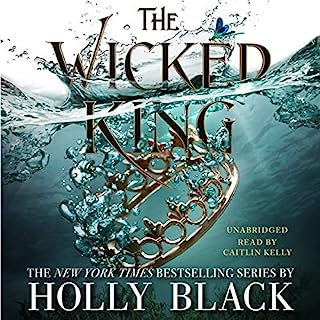 After the jaw-dropping revelation that Oak is the heir to Faerie, Jude must keep her younger brother safe. To do so, she has bound the wicked King Cardan to her and made herself the power behind the throne. When it becomes all too clear that someone close to Jude means to betray her, threatening her own life and the lives of everyone she loves, Jude must uncover the traitor and fight her own complicated feelings for Cardan to maintain control as a mortal in a Faerie world.

Now THAT’S how you end a book. The Wicked King was absolutely fantastic and I cannot wait for the next book in the series! 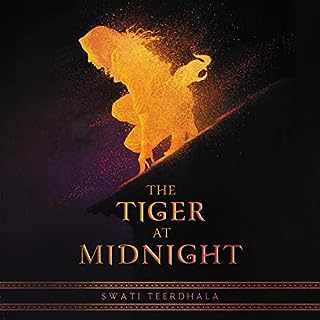 Esha lost everything in the royal coup - and as the legendary rebel known as the Viper, she’s made the guilty pay. Now, she’s been tasked with her most important mission to date: taking down the ruthless General Hotha. Kunal has been a soldier since childhood. His uncle, the general, has ensured that Kunal never strays from the path - even as a part of Kunal longs to join the outside world, which has only been growing more volatile. When Esha and Kunal’s paths cross one fated night, an impossible chain of events unfolds.

I adored this book up until about halfway. The imagery was vivid, the pace building, and the writing good.

But then things started to get repetitive- cat and mouse scenes repeating in various locations without a real build of overall tension. The writing also became less tight - repeated words and flat voice. Plus the MC constantly insisting “I don’t need your help/protection” got cheesy pretty fast. Tension didn’t build, and I didn’t even notice we were in the climax until the book was over.

That being said, it was better than a lot of YA fantasies, the setting was fantastic and the world has so much potential. It’s different in many good ways, replays some favourite tropes, and sets up a series nicely. Three stars. 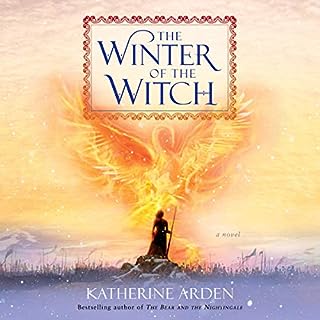 The Winternight Trilogy introduced an unforgettable heroine, Vasilisa Petrovna, a girl determined to forge her own path in a world that would rather lock her away. Her gifts and her courage have drawn the attention of Morozko, the winter-king, but it is too soon to know if this connection will prove a blessing or a curse. Now, Moscow has been struck by disaster. Its people are searching for answers - and for someone to blame.

A perfect end to the trilogy

I loved the first two books in this trilogy and The Winter of the Witch certainly didn't disappoint. It's sweeping and magical, rich and painful and sweet. Highly recommended. 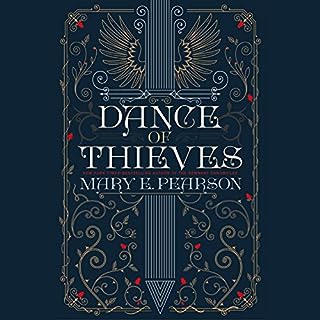 A formidable outlaw family that claims to be the first among nations. A son destined to lead, thrust suddenly into power. Three fierce young women of the Rahtan, the queen's premier guard. A legendary street thief leading a mission, determined to prove herself. A dark secret that is a threat to the entire continent. When outlaw leader meets reformed thief, a cat-and-mouse game of false moves ensues, bringing them intimately together in a battle that may cost them their lives - and their hearts.

I struggled to finish this book for several reasons.
One was the narrators. Karissa Vacker's parts were fantastic, but the others were over dramatic and difficult to take seriously.
Two was the romance aspect. While there were other great sources of conflict in the story that could have been exploited, too much focus was given to the romance. I found myself getting increasingly frustrated, wanting to read something other than the same repetitive romantic tension. If I'd been reading the physical book, I would have skipped chapters.
Three - cheese and tropes. Also to do with the romance aspect. They were predictable and tired.
This being said, the broader story and world was interesting. It has a fantasy-realm low-key Peaky Blinders feel that was new and intriguing. Mary's writing was easy to read/listen to and she had some fantastic descriptions, though a fair portion of dialogue was cheesy and clunky.
In the end, I'm undecided whether or not to read the sequel. I'm drawn to it for the world, not the characters. 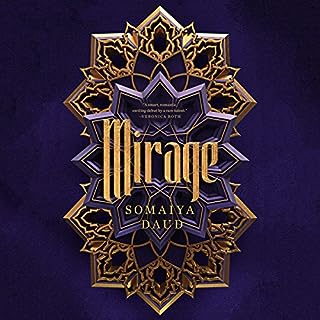 In a star system dominated by the brutal Vathek empire, 16-year-old Amani is a dreamer. She dreams of what life was like before the occupation; she dreams of writing poetry like the old-world poems she adores; she dreams of receiving a sign from Dihya that one day she, too, will have adventure and travel beyond her isolated moon. But when adventure comes for Amani, it is not what she expects: She is kidnapped by the regime and taken in secret to the royal palace, where she discovers that she is nearly identical to the cruel half-Vathek Princess Maram.

Mirage was enthralling. It seamlessly combines a fantastical Moroccan feel with a sci-fi setting, an intriguing plot, a dash of romance and well-formed characters. I can't wait for the rest of the trilogy! 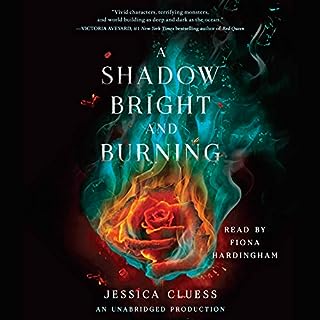 Henrietta Howel can burst into flames. Forced to reveal her power to save a friend, she's shocked when, instead of being executed, she's invited to train as one of Her Majesty's royal sorcerers. Thrust into the glamour of Victorian London, Henrietta is declared the chosen one, the girl who will defeat the Ancients, bloodthirsty demons terrorizing humanity. She also meets her fellow sorcerer trainees.

I loved this book. It's charming and exciting and beautifully written. The main character is strong and sweet, humble and fierce in a Victorian world of men. The worldbuilding is rich. The story is pleasantly twisty. All around a joy to listen to.
I bought book two before I was half way through! 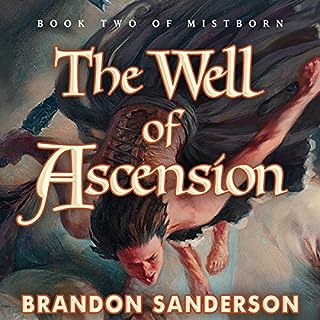 The impossible has been accomplished. The Lord Ruler - the man who claimed to be god incarnate and brutally ruled the world for a thousand years - has been vanquished. But Kelsier, the hero who masterminded that triumph, is dead too, and now the awesome task of building a new world has been left to his young protégé, Vin, the former street urchin who is now the most powerful Mistborn in the land, and to the idealistic young nobleman she loves.

I struggled to finish this book. While the undergirding story isn't bad at all, the constant harping on the mechanics of the magic system was irritating. The language was inconsistent, clunky at times and beautiful at others. Many of the visuals are fantastic. "And yet" the characters explain far too much, far too often, and it feels like the author is handholding the reader through the plot. People fell in love, but I didn't believe them. That being said, I enjoyed the twist at the end - partially because things were actually happening and you weren't bogged down in hours of conversation between characters.