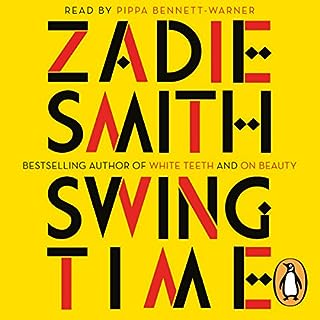 Dazzlingly energetic and deeply human, Swing Time is a story about friendship and music and true identity, how they shape us and how we can survive them. Moving from Northwest London to West Africa, it is an exuberant dance to the music of time. Two brown girls dream of being dancers - but only one, Tracey, has talent. The other has ideas: about rhythm and time, about black bodies and black music, what constitutes a tribe or makes a person truly free.

New Year's first accomplishment in book is by Zadie Smith. Not the first Zadie Smith, certainly not the last one. For this super length book, I ventured again with Audio books (ca. 17 hours unabridged). With a British accent, this audio book is highly recommended, since it creates an atmosphere that residents in London, bearing an upbringing in London, and as cosmopolitan as London.

The story is about the narrator, her girlhood, girl-woman friendship with peers, mother-daughter relationship, half-cast people's identity, currently society and so on. It covers quite some areas, and the beautiful part of this book is, there are so many details among these topics are neglected by us, drawn in the chaotic busy daily lives. Zadie Smith noticed and writes about it.

Protagonists with normal jobs, common problems, she certainly catches the most intriguing sentence to define our emotions. There are many times while I was reading the book, I thought Zadie's narration and feeling could be so true and common in so many cultures. Not a slap to those who are scared of globalisation, but Zadie portrays them in the most mundane tone. Yes, we are surrounded by various believes and environments and changes, girls, or say, women, deal with it, dance with it, as the time goes by.

The novel has a beautiful but yet a bit cliche ending. I would recommend it, especially to those girls who I lost the relationship with on the way to the adulthood: you are my Tracy. 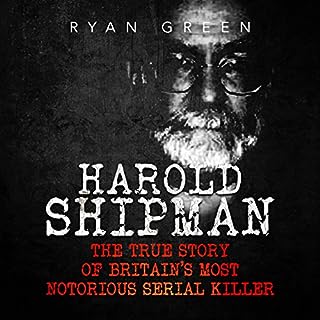 It's easy to imagine Harold Shipman doting on his little grandkids, reading them stories from his lap and letting them play with his big, bushy beard. If you were told he was a doctor, I bet you'd imagine he was a good, kind and gentle one, with an easy, affable manner and deep care for his patients. Harold Frederick Shipman certainly projected all those qualities, but only so that he could hide the evil that lurked deep inside. Shipman abused his trust and used his position to kill.

This is a very good book about the serial killer under the cover of a doctor. It is such a contradiction since we all think doctors are the the angels to save lives. However, the story could be more enriched, because not everyone knows about serial killer and their patterns.