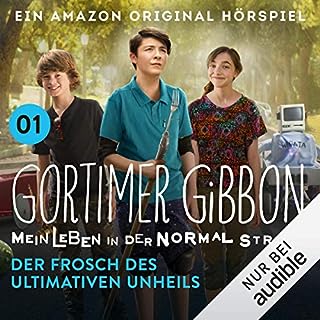 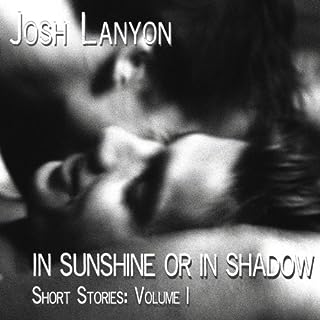 Thirteen short stories, five never before collected in print, written between 2007 and 2013. Sexy, sweet, and occasionally strange, these brief but emotionally powerful stories encapsulate everything readers of Male Male romance have come to love most about Josh Lanyon's work.

I like Lanyon's stories. They're refreshing, mostly plot-driven and the characters, with few exceptions, aren't defined by their being gay. And the short story collections are like buying a bag of your favourite snack food: you know exactly what you'll be getting and that it'll make you feel good.

You can have too much of a good thing, though, and In Sunshine or in Shadow falls into that category. After the third or fourth story, the character templates become a bit repetitive. After the sixth or seventh, you realise that when the blurb told you that this collection "encapsulates everything readers of Male/Male romance have come to love most about Josh Lanyon's work," it meant that everything is more or less the same every time. Look, I know that it's cliché because it works, right? But not necessarily over and over and over again in the span of some fifteen hours.

So while the readers were good and all the stories were decently written, I got bored after a while. I guess this is one of those audiobooks that are better enjoyed in bits and pieces. 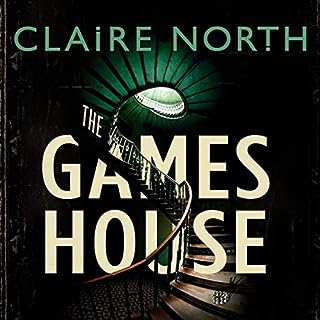 It is the place where fortunes can be made and lost though chess, backgammon - every game under the sun. But those whom fortune favours may be invited to compete in the higher league...where the games played are of politics and nations, of economics and kings. It is a contest where Capture the Castle involves real castles and where hide and seek takes place on the scale of a continent. Among those worthy of competing in the higher league, three unusually talented contestants play for the highest stakes of all....

The three novellas of The Gameshouse form a complete story, so there's no need to look for the main book or some such. The concept of a city, a country or the whole world being the setting for a game with very real consequences isn't entirely new, but the author doesn't go the whole Risk route; instead, she focuses on the characters who play or are drawn into the games that are being fought. I say "fought" because there's nothing playful about this.

The writing is very solid and it's obvious that the author researched the time periods and places of her novellas at least enough to draw a compelling picture without going into overmuch detail. The characters are interesting and have unique agendas instead of stumbling helplessly through the plot, even if that agenda at times is simply to survive until the next day. The only downside is that each plot may hold its surprises, but is ultimately rather easy to predict. The ending does make up for some of that, yet it did take away some of the enjoyment.

Peter Kenny's narration, on the other hand, is a joy to experience. His female voices are refreshingly feminine without sounding comically overdone, his accents are consistent and his characters are easy to distinguish. I'd gladly recommend him to anyone.

On the whole, The Gameshouse is a nice distraction on those days when you need one. 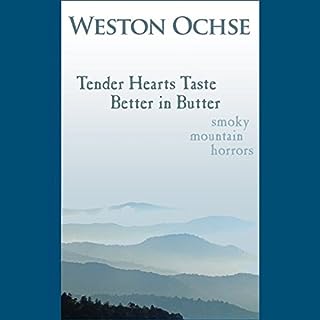 A kidnapping turns to be unexpectedly deadly when the Mafia encounters ogres and demons. This is one of several tales in the Smoky Mountain Horrors collection.

Look at the title. Does it sound like this is going to be a nice story? Exactly.

The narrator isn't a particularly good person and the way he talks is... let's call it frank, shall we? If this were a movie, it would be rated R for language alone. Personally, I like R-rated movies, so that's not really a point against the story.

If you're a fan of the horror genre, there won't be many surprises for you in here, especially after a look at the blurb. Then again, sometimes a solid dose of exactly what you were expecting is just what you need. The author doesn't hold back and gleefully embraces even the corniest genre staples in a way that makes the whole thing fun. I was grinning my way through the last few minutes.

The sad thing is that the author, like many others (coughStephenKingcough), isn't really a gifted narrator. He talks too fast in places and has the sort of American accent that sounds like he's chewing on his vowels and swallowing half the consonants. If you're not fluent in the English language, this might be a problem for you. 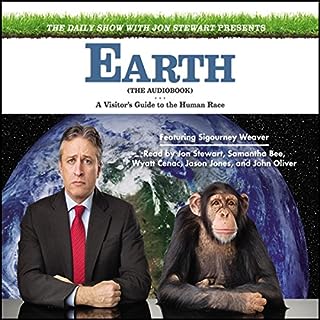 Where do we come from? Who created us? Why are we here? These questions have puzzled us since the dawn of time, but when it became apparent to Jon Stewart and the writers of The Daily Show that the world was about to end, they embarked on a massive mission to write a book that summed up the human race: What we looked like; what we accomplished; our achievements in society, government, religion, science, and culture - all in a lavishly produced audiobook.

Having followed Jon Stewart's run on the Daily Show for quite a while, I was prepared for biting wit and casual hilarity. However, while the cast delivered their parts with the usual aplomb, most of the jokes fell flat for me. There seemed to be more cheap shots than truly witty observations about the human condition, which was a disappointment. Maybe I set my hopes too high.

Still, I did have some laugh-out-loud moments and after all: YMMV. 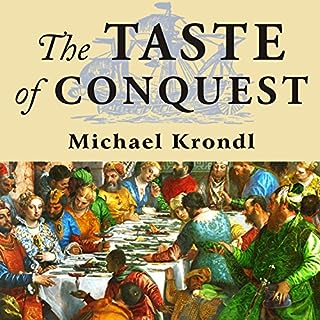 In this engaging, anecdotal history of food, world conquest, and desire, a chef-turned-journalist tells the story of three legendary cities, Venice, Lisbon, and Amsterdam, that transformed the globe in the quest for spice.

A side of history you never knew you wanted to hear more about! ;)

Seriously though, since the spice trade was the foundation for several trade empires, it's very interesting to hear more about how the whole thing started, how spices were used in medieval recipes, and what impact the spice trade had on various economies.

The narrator does a good job. The story itself is very well researched and easy to follow without being dumbed down. One thing I'd have liked to get a little more detail about was the way the spice trade impacted the natives of the world regions, but that's not to say it isn't mentioned at all.

On the whole this is surprisingly entertaining and a good explanation of some of the how and why Europeans made their way around the world. 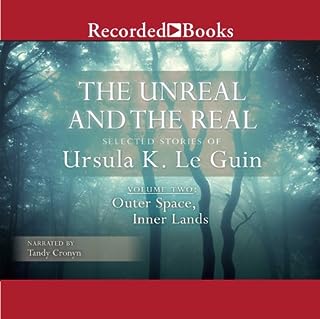 Outer Space, Inner Lands includes many of the best known Ursula K. Le Guin nonrealistic stories (such as "The Ones Who Walk Away from Omelas," "Semley' s Necklace," and "She Unnames Them") which have shaped the way many listeners see the world. She gives voice to the voiceless, hope to the outsider, and speaks truth to power - all the time maintaining her independence and sense of humor.

Many beloved stories to listen to

Ursula K. Le Guin does some of the greatest worldbuilding in fantasy and science-fiction. This is especially apparent in her short stories, where a few descriptions are enough to establish the general setting; the rest is shown rather than told through the characters' musings and (inter)actions.

And oh, what characters! From children growing up on alien planets, to the way societies might change after contact with other worlds, to hapless wizards who aren't all that great at magic, to sisters who must deal with being abducted into another culture - these stories are thoughful and thought-inspiring, funny or lyrical at times and almost casually cruel at others. Just like life, I suppose.

Tandy Cronyn does a great job bringing all the characters to life, with a calm way of narrating that fits the largely introspective stories beautifully. A wonderful match of author and performer. 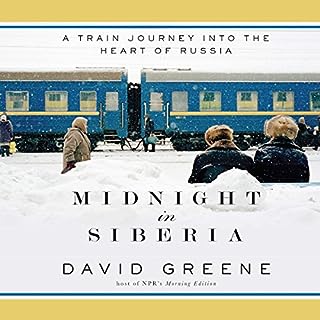 Through the stories of fellow travelers, Greene explores the challenges and opportunities facing the new Russia: a nation that boasts open elections and newfound prosperity yet still continues to endure oppression, corruption, and stark inequality. Set against the wintery landscape of Siberia, Greene’s lively travel narrative offers a glimpse into the soul of 20th century Russia: how its people remember their history and look forward to the future.

A different perspective on Russia

Wonderfully narrated and with many glimpses into Russian private lives, this collection of essays is a good opportunity to look beyond the shallow narrative that is being spread in the West. While the author's overall stance re: Russia is understandably critical, he still gives a thorough enough account of differing views to allow his audience to understand the Russian people a little better.

All in all a fascinating look at a culture most of us know nothing about. 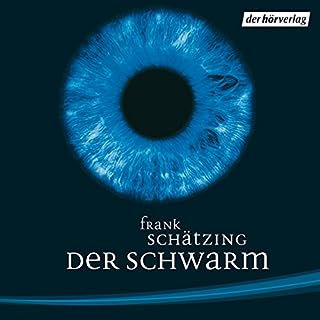 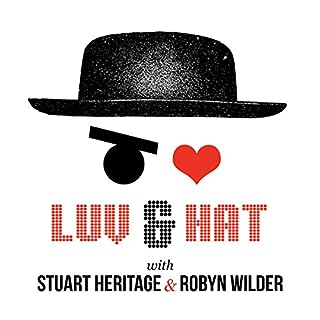 LUV & HAT, the website of hilarious arguments, was formed in the fires of Tumblr in 2010, by Stuart Heritage and Robyn Wilder. The idea is that one person loves a topic (LUV) and the other hates it (HAT). It’s not rocket science. They don’t have rocket science on Tumblr. They've produced LUV & HATs for Time Out, Virgin Media, and xoJane and have even started doing live shows. Contains some explicit language.

Hilarious? Not so much.

Instead of witty, hilarious banter, what the pair of tumblrites deliver is unbelievably arrogant, clueless arrogance. Heritage in particular lets his argument boil down to "I hate London because I hate people," which, fair enough, but his casual misanthropy is delivered in a way that sounds childish rather than entertaining.

All in all, the title left me annoyed and faintly bored, so no recommendation from this end.