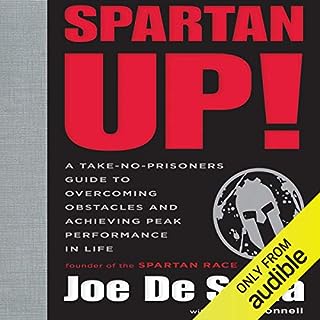 Twenty-six point two miles isn’t enough anymore. Obstacle course racing, which combines the endurance challenges of a marathon with the mind-bending rigors of overcoming obstacles along the way, is taking the world by storm. At the center of this phenomenon is Joe De Sena, the driving force behind the enormously popular Spartan Race. De Sena offers a simple philosophy: commit to a goal, put in the work, and get it done.

I made it just past the two hour mark in this book before I finally gave up, bored stiff. The author ambles between explaining that anyone who doesn't do what he does or doesn't want what he wants or doesn't think the way he thinks is wrong and has to change right away, and telling stories about great achievements, most of which are already boringly familiar, and usually are one-sided and oversimplified, not to mention spiced up with a lot of the author's own fantasies about what people thought, felt or wanted. Real-life, useful and useable information? Not up to this point, and the way it's going, I'm not convinced this will change.

It's not that it's all bad or all useless, but there are simply much, much, much better books on the market. Books with far less self-glorification and a lot more hands-on, tried and tested, specific information as well as motivating stories you probably haven't known for decades. From wildly entertaining like Ross Edgley's "The world's fittest book" to deadly serious like Mark Divine's "The way of the Seal". 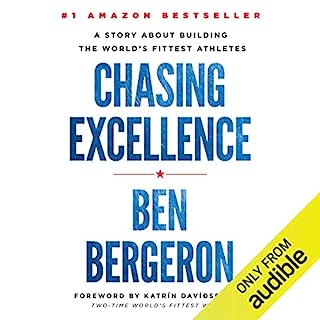 CrossFit trainer Ben Bergeron has helped build the world's fittest athletes, but he's not like other coaches. He believes that greatness is not for the elite few; that winning is a result, not a goal; and that character, not talent, is what makes a true champion. His powerful philosophy can help anyone excel at all aspects of life. Using the dramatic competition between the top contenders at the 2016 Reebok CrossFit Games® as a background, Ben explores the step-by-step process of achieving excellence and the unique set of positive character traits necessary for leveling up to world-class. The mindset and methodology that have produced some of the greatest athletes in the world's most grueling sport can work equally well for golfers, lawyers, artists, entrepreneurs - anyone who's willing to commit totally to becoming better than the best.

Somewhere in the middle

For the most part, this book gives an overview of well-established mental techniques combined with a few training ideas and concepts. Nothing new, certainly nothing groundbreaking, but not bad either.

It also offers some interesting insights into the upper echelon of crossfit. On the downside, there’s quite a bit of overgeneralisation, oversimplification, and many somewhat questionable comparisons with other sports, which to me frequently felt like a desperate attempt to glorify one’s own sport. In the end, it feels like way too many words for two little meaning.

All in all not a bad book, but not a good one either. There are certainly much better works on the subject. 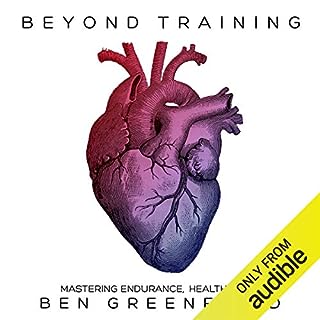 Beyond Training is for men and women who have made it out of couch potato mode and are ready to take things to the next level, whether that means shedding those last few extra pounds, finishing a 5K, or even crossing the finish line of an Ironman triathlon. Everyone from the casual exerciser to the weightlifter, CrossFitter, obstacle racer, marathoner, mountaineer, triathlete, swimmer, cyclist, runner, and biohacker will glean tons of knowledge and life-changing advice from this book.

I gave up after only a few chapters. Endless ranting about the stupidity of everyone else, lots of overdramatisation, endless promises of the best, the quickest, the ultimate fix for all your problems. Delivery? Techniques that even I as a relative beginner and hobby athlete have been aware of for years. It’s not that it’s it’s all bad. It’s just that I don’t want to listen to the authors endless rants and to his continuous overgeneralisations.

If you’re a beginner or if you are struggling with strength, endurance or with related health issues, try Ross Edgley’s “The fittest book in the world”. That will run you through all the basics according to science right now, and without all the negativity and overpersonalisation. Instead it delivers highly concentrated knowledge in a very entertaining format. 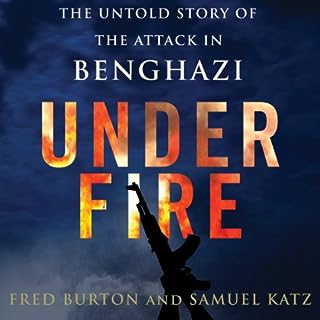 The explosive inside account of the attack against the U.S. diplomatic and intelligence outposts in Benghazi, Libya.... On the night of September 11, 2012, the American diplomatic mission at Benghazi, Libya, came under ferocious attack by a heavily armed group of Islamic terrorists. The prolonged firefight, and the attack hours later on a nearby CIA outpost, resulted in the deaths of four Americans, including the American ambassador to Libya, Christopher Stevens, the Information Officer, Sean Smith, and two former Navy SEALs.

I couldn't bring myself to finish this book. It promises a detailed account of the attacks of Benghazi, but I never got that far. Apart from the writing style, which would be far better suited to some cheap pulp fiction adventure story than a real life account of an ongoing human tragedy, from the start the reader is being drowned in cultural and ethnic stereotypes, religious bias and armchair political analysis of the worst kind. I've read dozens of books about conflicts from Syria to Afghanistan, covering many different viewpoints and experiences, and they all had their shortcomings, but this book was definitely the lowpoint so far. 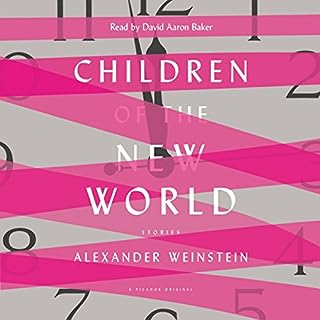 Children of the New World introduces listeners to a near-future world of social media implants, memory manufacturers, dangerously immersive virtual reality games, and alarmingly intuitive robots. Many of these characters live in a utopian future of instant connection and technological gratification that belies an unbridgeable human distance while others inhabit a postcollapse landscape made primitive by disaster, which they must work to rebuild, as we once did millennia ago.

Not half as clever as it makes out to be, and so focussed on the negative it makes an incredibly depressing read. 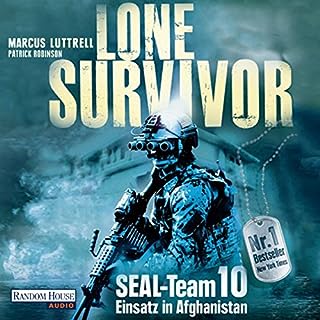 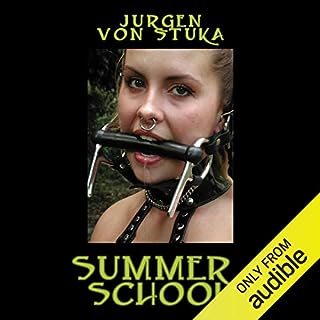 Desperately wanting to get away from home for the summer, Dori Hammond, talks her father into sending her to a summer riding school. However, she quickly learns that this is not a traditional riding school, and its unusual training methods are cause for alarm. However, having signed the required contract, she and the other students are obliged to submit to a rigorous training regimen. Unbeknownst to them, they’ll be methodically transformed into human ponies. Though the girls may resist the humiliating treatment, they often experience an overwhelming sexual satisfaction....

This could hav been a reasonably enjoyable story, and the author certainly has some novel ideas. Unfortunately, the book quickly crosses the line from entertaining to sick, and then keeps moving on, including massive mutilation and even murder on a scale of hundreds, and the story soon has little to do with what the description promised. That pointless brutality completely sucks the life out of the story. Whatever it might be, entertainment it is not. 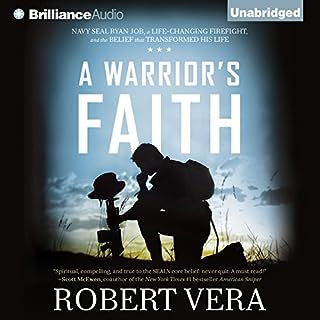 In A Warrior's Faith, Ryan Job's close friend, Robert Vera, recounts how the highly decorated Navy SEAL's unstoppable sense of humor, positive attitude, and fierce determination helped him survive after being shot in the face by an enemy sniper on a roof in Ramadi, Iraq.

Ryan Job was a fascinating man with a fascinating story. Unfortunately, in this so-called biography, surprisingly little of it is actually told. As short as this book is, between the author's endless sermonizing, usually reiterating the same few ideas over and over and over again, telling of stories which may or may not be related to Ryan's life and the author's endless speechifying the man himself is being relegated to little more than a walk-on character. We learn very little about his family or upbringing, his training as a Seal or other important milestones in his life. Add to this the authors surprisingly poor understanding and obvious prejudices about blind people and the way they live, and the book makes a rather poor read. 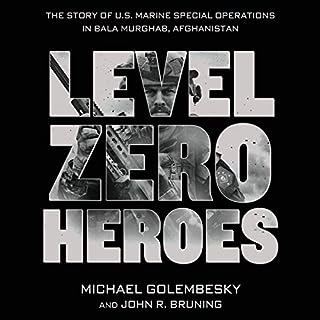 Michael Golembesky follows the members of U.S. Marine Special Operations Team 8222 on their assignment to the remote and isolated Taliban stronghold known as Bala Murghab as they conduct special operations in an effort to break the Taliban’s grip on the Valley. What started out as a routine mission changed when two 82nd Airborne Paratroopers tragically drowned in the Bala Murghab River while trying to retrieve vital supplies from an air drop that had gone terribly wrong.

While this book offers a certain amount of insight into the units mission in Afghanistan, for the most part it’s an ongoing rant about the alleged or actual incompetence of pretty much anyone who isn’t part of the author’s own unit. All in all there are much better books on the subject. 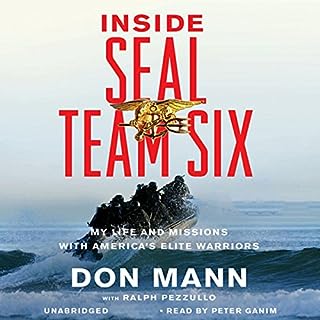 When Osama bin Laden was assassinated, the entire world was fascinated by the men who had completed the seemingly impossible mission that had dogged the US government for over a decade. SEAL Team 6 became synonymous with heroism, duty, and justice. Only a handful of the elite men who make up the SEALs, the US Navy's best and bravest, survive the legendary and grueling selection process that leads to Team 6, a group so classified it technically does not even exist. There are no better warriors on Earth.

I’m sure this could’ve been a very interesting read, but as it is, readers spend their time listening to continuous beeping. And while redacting is certainly A necessary part of publishing a book like this, there are better and far less annoying ways to accommodate for it.