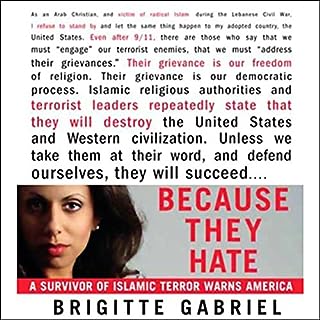 Because They Hate is a political wake-up call. Brigitte Gabriel, who lost her childhood to militant Islam, warns that the United States is threatened by fundamentalist Islamic theology in the same way that Lebanon was - that radical Islam will stop at nothing short of domination of all non-Muslim countries. Fiercely articulate and committed, Gabriel both tells her own story and outlines the history, social movements, and religious divisions that have led to this critical historical conflict.

A must read for everyone!

packed full of information and facts, this was a real eye opener! I couldn't stop listening it was so good. 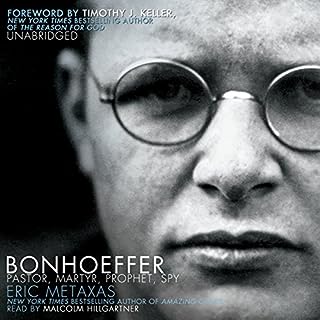 A definitive, deeply moving narrative, Bonhoeffer is a story of moral courage in the face of the monstrous evil that was Nazism. After discovering the fire of true faith in a Harlem church, Bonhoeffer returned to Germany and became one of the first to speak out against Hitler. As a double agent, he joined the plot to assassinate the Führer and was hanged in Flossenbürg concentration camp at age thirty-nine. Since his death, Bonhoeffer has grown to be one of the most fascinating, complex figures of the twentieth century.