When are we responsible for our own actions, and when are we in the grip of biological forces beyond our control? What determines who we fall in love with? The intensity of our spiritual lives? The degree of our aggressive impulses? These questions fall into the scientific province of behavioral biology, the field that explores interactions between the brain, mind, body, and environment that have a surprising influence on how we behave. 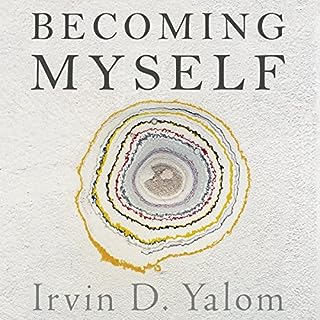 Irvin D. Yalom has made a career of investigating the lives of others. In Becoming Myself, his long-awaited memoir, he turns his therapeutic eye on himself, delving into the relationships that shaped him and the groundbreaking work that made him famous. The first-generation child of immigrant Russian Jews, Yalom grew up in a lower-class neighbourhood in Washington, DC. Determined to escape its confines, he set his sights on becoming a doctor. An incredible ascent followed.

Eye-opening book, will change your perspective

Eye-opening book, will change your perspective in many ways since it brings many different disciplines together in a very understandable story that is easy to follow! Harari was the history teacher most of us never had. I am happy his book came across my way :)

"The Murderess" by Alexandros Papadiamantis is now available in audio form, thus enabling anyone who wants to "listen" in an expressive way to the context of this magnificent work of the author. 14 actors and narrators personify the heroes of the book attributing to each one the local dialect and accompanied by original musical sounds and effects. In this performance, Papadiamantis takes us to his homeland, the island of Skiathos, back at the time of Ottoman rule.