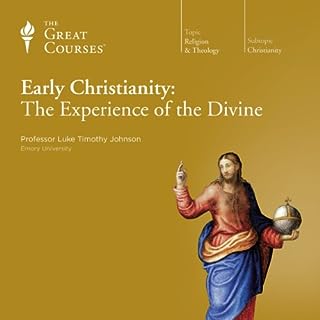 After 2,000 years, Christianity is the world's largest religion and continues to prosper and grow. What accounts for its continued popularity? In these 24 lectures, Professor Johnson maintains that the most familiar aspects of Christianity-its myths, institutions, ideas and morality-are only its outer "husk." He takes you on a journey to find the "kernel" of Christianity's appeal: religious experience. You'll travel back to Christianity's origins during its first 300 years to identify the elements that first made it appealing and which still hold the secret to its ability to attract new followers.