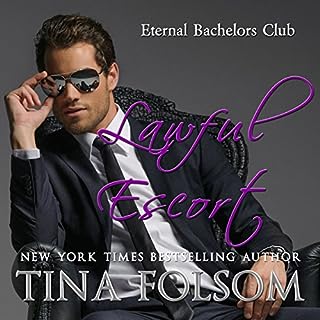 When Daniel has to travel to San Francisco and needs an escort for a social event, the beautiful Sabrina shows up on his doorstep. Little does he know that she's not an escort. Their encounter quickly turns steamy until lies threaten to destroy their passionate affair.

Normally i'm not a fan of lovestory books 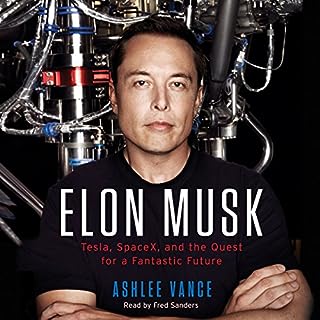 In the spirit of Steve Jobs and Moneyball, Elon Musk is both an illuminating and authorized look at the extraordinary life of one of Silicon Valley's most exciting, unpredictable, and ambitious entrepreneurs - a real-life Tony Stark - and a fascinating exploration of the renewal of American invention and its new makers.

There are several parts in that audiobook that are spezial.
Its to learn about his thinking, his ideas and what makes him sucessfull (and that is not a expensiv suit)

Yes if i could i hav heard that from the beginning to the end but was not possible.

Everyone who is interested in renewable energies, mindbreaking ideas and a very spezial man who makes this all possible, then you are right with this audiobook.
I enjoyed this audiobook a lot and would highly recomment that. 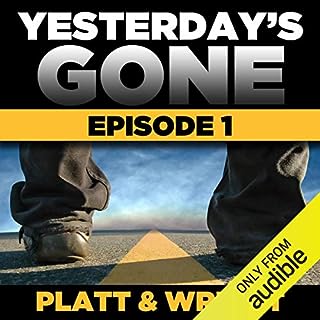 Can humanity survive what it never saw coming? On October 15 at 2:15 a.m. Earth vanished. A scattered few woke alone in a world with no rules, other than survival at any cost. These survivors aren't truly alone... Someone or something is watching them. And waiting... Strangers unite. Sides are chosen.

Not my type of audiobook

Sorry to say that, but it is not my kind of audiobook i like. But thats my opinion, others maybe think totally diffrent about that. For me its the wrong audiobook.

It is very good to get the first book without paying. That allows to hear what kind of audiobokk it is and what kind of story the author will tell.Not the right for me but others may like this kind of story a lot.The audio test will not show the story behind but if you start to hear the first book its comming clear fast.The speaker of the audiobook are all very good. Everyone was good to hear and likeable. 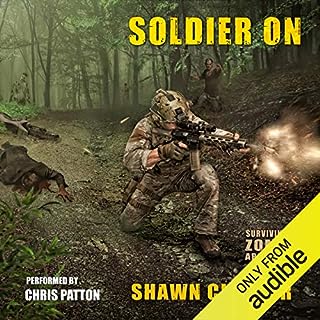 For Cade Grayson, father, husband, and former Delta Force operator, life has changed drastically over the course of 48 hours. He's watched the dead inexplicably return to life before his very eyes. He's lost many people near and dear to him, most dying unfathomably horrible deaths at the hands of the dead who have seemingly overnight taken over the big metropolis - their numbers and hunger for human flesh growing exponentially with each passing hour.

From begin to the end exciting and i enjoyed it.

Was hat Ihnen am allerbesten an Soldier On gefallen?

Thats the second audiobook in this series and it follows the story of an highly trained ex soldier, who tries to get to his family and find a new life and place in this now existing apocalyptic new world.
Sorry no spoiler, hear it by yourself. I enjoyed it very much.

Hm, there are two possible series that would fit. one is The Survivalist from Arthur T. Bradley, where a Us marshal has to find his way in the new apocalytic world.
The second is Zombie Rules: Zombie Rules from David Achord, where a young man trained by an old vetran is growing and... no i don't spoiler. Hear by yourself and enjoy.

Yes i have heard the first book of this series and it was the same exiting and enjoy to hear now the second one.

During hearing this book you could imagine and fell what the characters are living in and the decision they have done. I heard a part of it in a relaxing situation at the pool and was very supriced that the waiter suddenly stand in front of me... good that i have had no shotgun...lol

I have read and heard a lot of this genre and this series is really enjoyable. Its exiting i have had no boring parts and the the characters grow or go under in the apocalyptic world. Some sadly some...yeah they got him..., i only highly recommend this series and hope the last books are also comming out as an audiobook. And for myself i could only say, i will buy them in the next days on amazon, read them but if they come as audiobook i buy them too. Its a diffrence to read a good book or to hear a good book. 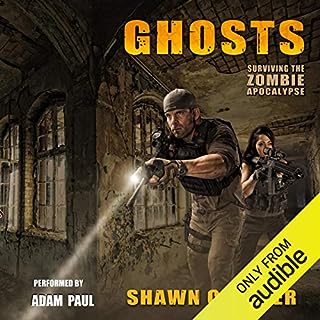 Cade Grayson, father, husband, and former Delta Force operator collected his fair share of ghosts as the Omega virus ravaged the United States, turning the majority of her population into mindless automatons hungering for human flesh. Wearing incredulous stares, the faces of those ghosts - dozens of men, women, and children he was unable to save during his many forays into the Z-infested wasteland - visit him nightly during the early morning hours when defenses are dulled and REM sleep has him in its firm grip.

The story is really good but the speaker horrible

I would not recoment this ebook/audiobook. Buy the normal book and read that. The speaker is the worst i ever heard. It somtimes sounds like a maschine gun... to fast and the voice doens't fit to it.

The characters are all enjoyable. They are all growing or going under in the desatrous time during this apocalypse.

Definateley an other speaker. Why they are not using the same as in the others of this series is for me not understandable.

No!!! Sorry to say that but i have heard nearly two hours and got headaches with this speaker. I buy now the book on amazon and read the rest, because the story is really good and enjoyable.

Don't buy it. Buy the book on amazon.I have all audiobooks from this series and they are all very good. This is the only i have problems with. 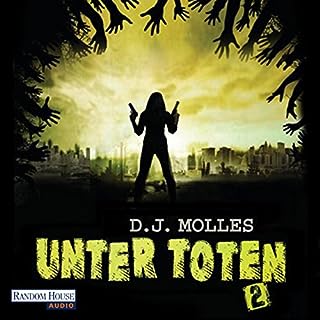