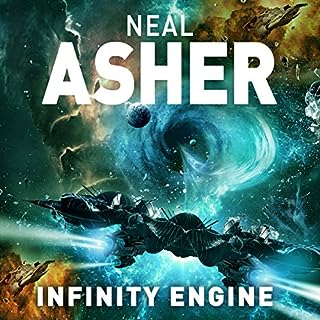 A man battles for his life, two AIs vie for supremacy and a civilization hangs in the balance.... Several forces now pursue rogue artificial intelligence Penny Royal, hungry for revenge or redemption. And the Brockle is the most dangerous of all. This criminal swarm-robot AI has escaped confinement and is upgrading itself, becoming ever more powerful in anticipation of a showdown. Events also escalate aboard the war factory.

Thorvald Spear nails a cat girl a lot in this one.
Also some cool scifi plot stuff happens.

I do like that Neal Asher writes a non dystopia future for mankind. The aliens are also not humans with weird shit pasted to their foreheads. I'm pretty much going to buy everything this guy writes from now on. 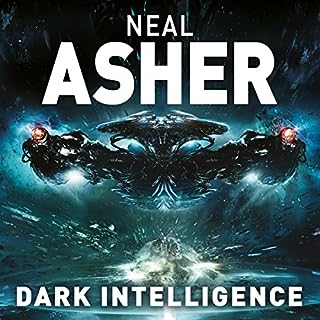 Thorvald Spear wakes in hospital, where he finds he's been brought back from the dead. What's more, he died in a human vs. alien war which ended a whole century ago. But when he relives his traumatic final moments, he finds the spark to keep on living. That spark is vengeance. Trapped and desperate on a world surrounded by alien Prador forces, Spear had seen a rescue ship arriving. But instead of providing backup, Penny Royal, the AI within the destroyer, turned rogue. It annihilated friendly forces in a frenzy of destruction, and years later it's still free.

The main character wakes up, goes to a hotel, and nails a cat girl after being dead for 100 years.