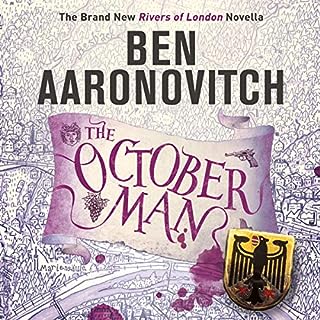 A brand-new stand-alone novella in the Rivers of London series! Tobias Winter has been assigned to the Abteilung KDA - the Department for Complex and Unspecific Matters. Despite the intriguing department name, as Winter explains, dealing with the strange and the supernatural is 'actually 90 percent paperwork'. But this is a story about the other 10 percent of the job: the life-threatening danger part.

Sam Peter Jackson does an amazing job of narrating the story with a strong German accent. Problem is that it's "getting me on my nerves", as we say, very quickly and somewhat ruins the whole audiobook. IMHO it would have been better only to use it for direct speech.
I hope the next books are with the old narrator again (or at least not set in Germany again :-)) 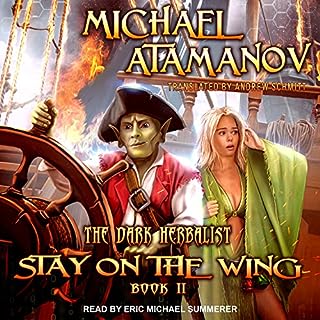 When Timothy finally found work as a tester for a popular online MMORPG, his lifelong dream was fulfilled. And now, he earns money (and pretty good money, at that) just for doing what he loves - playing a beautiful and realistic computer game. But he isn't some typical run-of-the-mill player, like the millions of others. Timothy is truly capable and talented, and stands out from the crowd. In fact, the faceless masses consider him far too lucky and successful.

How to play an unusual character great

playing a goblin with herbalist profession and a vampyric curse is not easy and that's what makes this LitRPG so interesting: the emphasis is on "adventure" and not only "combat". Of course you always know that wharever happens it will turn out good (too easy) but you will be surprised how the situations are resolved. It's maybe " light" literature but i am still waiting for the next book to be released! 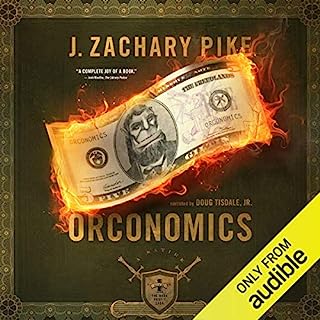 Professional heroes kill and loot deadly monsters every day, but Gorm Ingerson's latest quest will be anything but business as usual. The adventuring industry drives the economy of Arth, a world much like our own but with more magic and fewer vowels. Monsters' hoards are claimed, bought by corporate interests, and sold off to plunder funds long before the Heroes' Guild actually kills the beasts. Of course, that's a terrible arrangement for the Shadowkin; orcs, goblins, kobolds, and their ilk must apply for to become Noncombatant Paper Carriers to avoid being killed and looted by heroes.

The references to the Economics of the Hero-Business gave this book a fresh point oft view that I've not came across so far. It was witty and humorous but never too much.
Charakter Progression and story development were well done, too. I'll buy the second book for sure!

Only the audio / speech quality was not as good as audiobooks are usually nowadays. Or the speaker was not compatible with me :-) I had to listen at 90% speed. 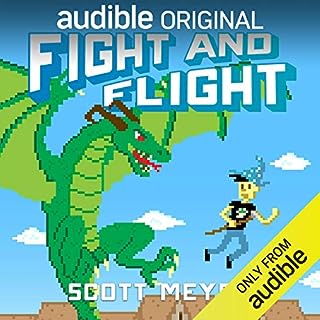 Martin and his friends discovered that their world is computer generated and that by altering the code they could alter reality. They traveled back in time to Medieval England to live as wizards. Almost everything they've done since then has, in one way or another, blown up in their faces. So of course they decide to make dragons. It does not go well.

It's part of the fun in this series that the "Wizards" are almost almighty time-travelers but always too gawky to fully use their powers. This book is a bit disappointing, though, as the discrepancy of their powers and their stupid actions is too obvious. It worked well in book one where they were like toddlers who yet have to learn how to use their powers. Now they know their world and the book explicitly points out that they have quite a history there.

Additionally the "moral preachment" aspect was almost annoying. "Don't be overbearing, give bad men a second chance, respect women, trust the capabilities of clever children..." Just because the audience most probably like the 1990s retro charm of the books, does not mean that their mindsets are stuck in the 1970s and need to be educated. 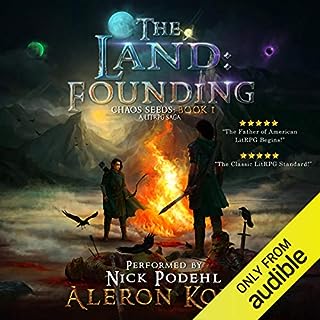 Tricked into a world of banished gods, demons, goblins, sprites and magic, Richter must learn to meet the perils of The Land and begin to forge his own kingdom. Actions have consequences across The Land, with powerful creatures and factions now hell-bent on Richter's destruction. Can Richter forge allegiances to survive this harsh and unforgiving world or will he fall to the dark denizens of this ancient and unforgiving realm? A tale to shake "The Land" itself, measuring 10/10 on the Richter scale, how will Richter's choices shape the future of The Land and all who reside in it?

Pageturner though lacking some depth

The story is literaly a Computer RPG game turned into a book. Hearing the level progression is almost AS rewarding as playing oneself exept that one cannot play while cycling yet so this is a great book for all avid gamers.

I did miss the party group-dynamic though that is e.g. excellent in the Drew Heyes books.

Adding a village one then other hand was really a good idea that leaves room for many Mord books. 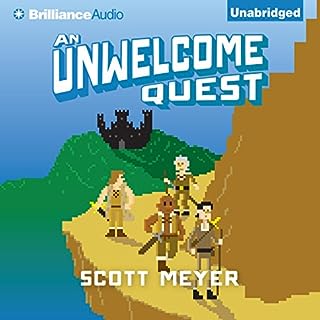 Ever since Martin Banks and his fellow computer geeks discovered that reality is just a computer program to be happily hacked, they've been jaunting back and forth through time, posing as medieval wizards and having the epic adventures that other nerds can only dream of having. But even in their wildest fantasies, they never expected to end up at the mercy of the former apprentice whom they sent to prison for gross misuse of magic and all-around evil behavior.

luckily very few appearances of Brit the elder. The idea of an RPG style quest was nice but the story onl y mediocre. Nothing compared to e.g. Drew Heyes NPCs. the speaker was brilliant though. 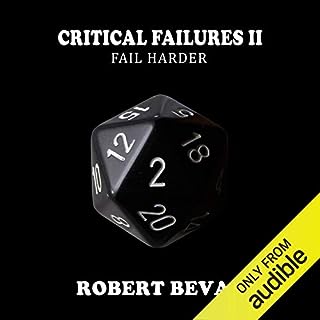 Finding themselves permanently stuck in this strange new world, the gang tries to make the best of it by finding the nearest tavern and getting shitfaced. The plan goes just fine until they lose Katherine and Chaz.

if you really liked the first book...

If they had censored every swear word then this book would beep like a gameboy game!
Seriously, I liked the general idea of the book, the D&D references and even the story itself but the profanity it was a bit tedious. 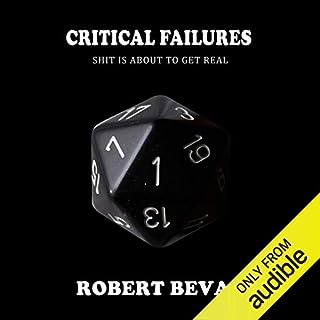 Tim and his friends find out the hard way that you shouldn't question the game master, and you shouldn't make fun of his cape. One minute, they're drinking away the dreariness of their lives, escaping into a fantasy game and laughing their asses off. The next minute, they're in a horse-drawn cart surrounded by soldiers pointing crossbows at them.

for fans of the genre

Neither story nor characters are as good as in e.g. the book "NPCs" and there's maybe a bit too much swearing and dude humour but all in all it was a light and fun read.