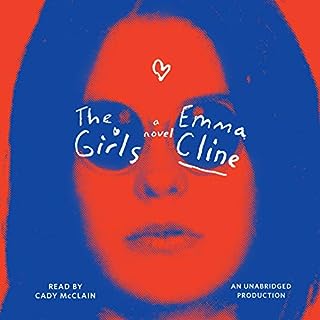 Northern California, during the violent end of the 1960s. At the start of summer, a lonely and thoughtful teenager, Evie Boyd, sees a group of girls in the park and is immediately caught by their freedom, their careless dress, their dangerous aura of abandon. Soon Evie is in thrall to Suzanne, a mesmerizing older girl, and is drawn into the circle of a soon-to-be infamous cult and the man who is its charismatic leader.

this was originally written novel. it was also very well performed. my only concern was the tempo. I was not able to listen to the book in one shot, and after being away for awhile, I felt like I was listening to the same thing over and over again. by the time the book reached its climax, I was feeling a bit drawn out. however, there is nothing to be said except glowing praise for the writing style. really enjoyed it! 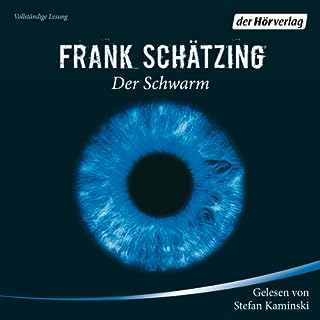 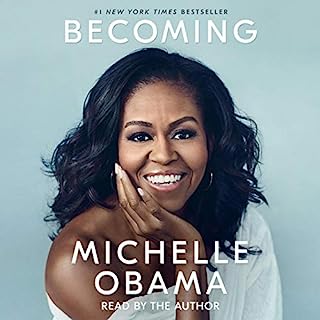 In her memoir, a work of deep reflection and mesmerizing storytelling, Michelle Obama invites listeners into her world, chronicling the experiences that have shaped her - from her childhood on the South Side of Chicago to her years as an executive balancing the demands of motherhood and work to her time spent at the world's most famous address. With unerring honesty and lively wit, she describes her triumphs and her disappointments, both public and private, telling her full story as she has lived it - in her own words and on her own terms.

promise, anyone who reads this, hears it, is going to gain greater insight to so many issues on so many levels. promise, you will be left inspired or, at the very least, reflective. 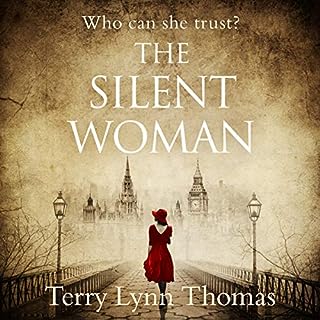 Catherine Carlisle is trapped in a loveless marriage, and the threat of World War Two is looming. She sees no way out...that is until a trusted friend asks her to switch her husband’s papers in a desperate bid to confuse the Germans. Soon Catherine finds herself caught up in a deadly mixture of espionage and murder. Someone is selling secrets to the other side, and the evidence seems to point right at her.

A mish mash of different types of stories: relationship, espionage, high society, whodunit... entertaining and engaging and may very well be forgotten before the next book releases. Loved Annie's character. 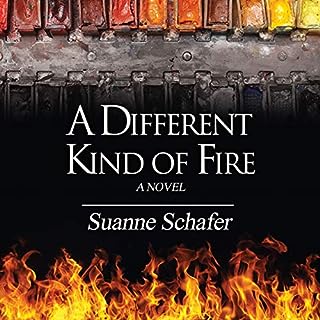 Ruby Schmidt has the talent, the drive, even the guts to enroll in art school, leaving behind her childhood home and the beau she always expected to marry. Her life at the academy seems heavenly at first, but she soon learns that societal norms in the East are as restrictive as those back home in West Texas. With the Panic of 1893, the nation spirals into a depression, and Ruby's career takes a similar downward trajectory. After thinking she could have it all, Ruby now wonders how she can salvage the remnants of her life. Pregnant and broke, she returns to Texas.

I am afraid I cannot recommend the Audible version

I had to stop. I gave it up to Chapter 18 and I just couldn't go on anymore. The narrator has severely ruined this book, the quality of engineering is horrible (unless you like listening to three takes on the same line, paper rustling and squeaking chairs). Audible stresses quality but this and Margaret Atwood's The Blind Assasin are two books that should absolutely be banned from the subscription list. Unbelievable. I'd like to say that the writing is good, there is enough to have kept me interested through Chapter 18. To be fair, the author has made a good attempt at a good story with quality writing, but it, too, is starting to irritate me. How often is she going to let Frank just walk all over her? The blasé manner in which this story is being read ("Who cares?" monotone, no inflection) has turned me off the story. And that's too bad. Let's see if I can revive this by reading it on Kindle. 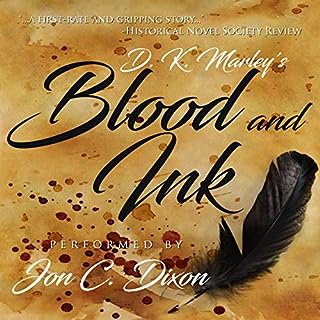 In the tradition of The Marlowe Papers by Ros Barber, the debut historical fiction novel Blood and Ink tells the story of Christopher (Kit) Marlowe, the dark and brooding playwright of Queen Elizabeth's court. Marlowe sells his soul to gain the one thing he desires: to see his name immortalized. Inspired at an early age on the banks of the Stour River, his passion for a goose quill and ink thrusts him into the labyrinth of England's underworld - a secret spy ring created by the Queen's spymaster, Sir Frances Walsingham.

The book is fabulous. Really loved DK Marley's language and paired together with Jon C Dixon's performance, this was a great, great listening experience. So good that I've hired him to perform one of my own books! If you want a novel about Shakespeare and Marlowe, look no further. This is so beautifully plotted, the cast of characters really memorable, and the audiobook experience will leave you feeling as if you've watched and lived it all. I only felt the ending was much too long. There was nothing more to resolve and the sad demise of their lives was something I could have been spared. 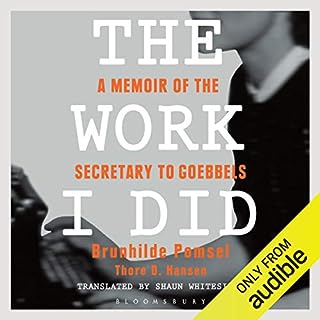 Brunhilde Pomsel described herself as an 'apolitical girl' and a 'figure on the margins', but, employed as a stenographer during the Second World War, she worked closely with one of the worst criminals in world history: Nazi Propaganda Minister Joseph Goebbels. She was one of the oldest surviving eyewitnesses to the internal workings of the Nazi power apparatus until her death in 2017.

Spare yourself the credit and just read the Goodreads review. it gives all the main points in six paragraphs. otherwise you can listen to a lot of rambling and contradicting and repetitiveness if you really want to. 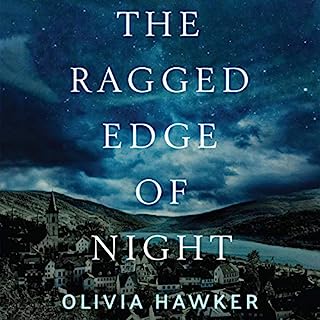 Germany, 1942. Franciscan friar Anton Starzmann is stripped of his place in the world when his school is seized by the Nazis. He relocates to a small German hamlet to wed Elisabeth Herter, a widow who seeks a marriage - in name only - to a man who can help raise her three children. Anton seeks something too - atonement for failing to protect his young students from the wrath of the Nazis. But neither he nor Elisabeth expects their lives to be shaken once again by the inescapable rumble of war.

I should have stuck to just the Kindle version...

This is my second and a half book by Hawker and I truly do appreciate her style and her passion for the genre she writes in. The novel is absolutely solid, the writing rich and detailed with only the occasional overwritten passage or situation which might ring false (I found the spy/message situation questionable, for example. The amount of time Pohl spoke with Anton and the extreme details he shared as Anton and he exchanged messages seems, to me, highly improbable and at time conflicting with previous descriptions in the passage).

There were only two things that really prevented my absolute enjoyment and the inconsistency in point-of-view is the first. Although Starzmann's POV was central, on occasion I was bounced about in some other character's head and I was having to ask, "Yes, but how could Starzmann KNOW that?" On other occasions, the prose was directed at the reader with things like "you", "your" or "our" (i.e., our little village; in prose, not in dialogue) and that really tripped me up. I might be highly sensitive to this but it did detract.

I also had both the Kindle and audiobook versions (I was doing Whispersync), and it is really unfortunate that the performance was not at all up to par. First, the mix of British English dialects (some very broad) for various characters, based in Germany, in the same town, really did me in (I sometimes had to laugh out loud and it was not a funny scene), and then the children's and female's voices reminded me of a Monty Python skit. That really distracted.

That said, this WW2 novel portrayed, to great depth and with freshness, an extraordinary man and his family. The opening was already surprising and I was immediately invested. There were rich layers of plot, too--internal and external motivations, self-doubt, and despair were well balanced with hope, every-day hilarity (I was laughing out loud in public listening to Maria and the Communion dress escapade), and real relationship building.

Hawker has delivered a very well-written novel while honoring Anton Starzmann, the man. I will definitely be reading more and am already looking forward to her next two projects!! 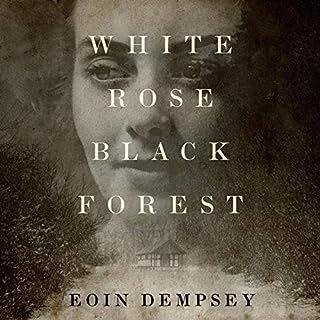 December 1943. In the years before the rise of Hitler, the Gerber family’s summer cottage was filled with laughter. Now, as deep drifts of snow blanket the Black Forest, German dissenter Franka Gerber is alone and hopeless. Fervor and brutality have swept through her homeland, taking away both her father and her brother and leaving her with no reason to live.

if you have never read or seen anything about ww2

this story might be for you. However, if you have read many books or seen many films about this era, you might be disappointed. there is unfortunately nothing really fresh about this story. Nothing really dynamic. Nothing tremendously poetic. The characters are a bit wooden, the Situation's gleaned over, and the tension like a loose rubber band. The narrator is super melodramatic, which can only add to the irritation. Again, I speak from having red we're seen many World War Stories. Otherwise, it might be a nice introduction. 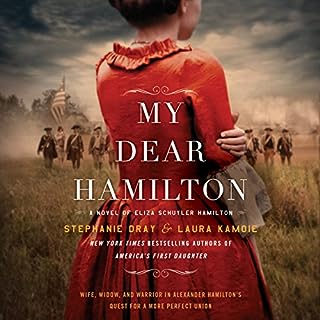 From the New York Times best-selling authors of America's First Daughter comes the epic story of Eliza Schuyler Hamilton - a revolutionary woman who, like her new nation, struggled to define herself in the wake of war, betrayal, and tragedy. In this haunting, moving, and beautifully written book, Dray and Kamoie used thousands of letters and original sources to tell Eliza's story as it's never been told before - not just as the wronged wife at the center of a political sex scandal but also as a founding mother who shaped an American legacy in her own right.

I found myself editing as I was listening. Some of the sentences just went on and on and on it made me feel sorry for the speaker. and the whole story was long-winded. That said, I did enjoy it. It wasn't until approximately chapter 35 where I kept asking myself how much longer can this go? On the other hand, the authors explain the reason for their exceptionally detailed history, as well as what they did fiction wise. I do have great respect for this work.