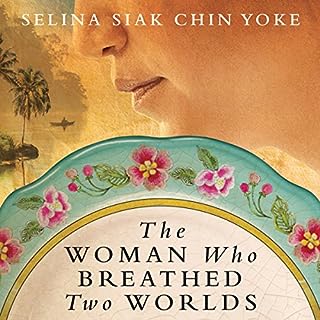 Facing challenges in an increasingly colonial world, Chye Hoon, a rebellious young girl, must learn to embrace her mixed Malayan-Chinese identity as a Nyonya - and her destiny as a cook, rather than following her first dream of attending school like her brother. Amidst the smells of chillies and garlic frying, Chye Hoon begins to appreciate the richness of her traditions, eventually marrying Wong Peng Choon, a Chinese man. Together, they have ten children.

I was much impressed by the quality of the speaker