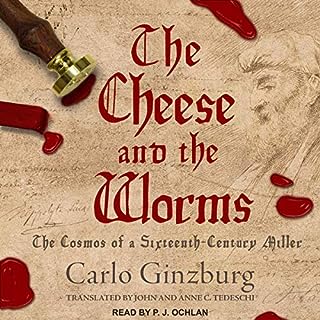 The Cheese and the Worms is an incisive study of popular culture in the 16th century as seen through the eyes of one man, the miller known as Menocchio, who was accused of heresy during the Inquisition and sentenced to death. Carlo Ginzburg uses the trial records to illustrate the religious and social conflicts of the society in which Menocchio lived.

Good but more descriptive than analytical

I would have given more stars if the hypotheses about local culture were more fleshed out. But still a very interesting book. 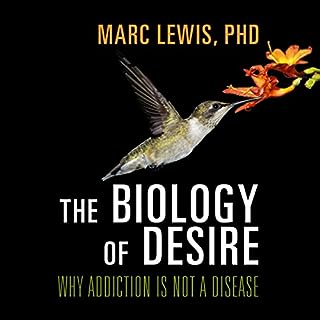 The psychiatric establishment and rehab industry in the Western world have branded addiction a brain disease based on evidence that brains change with drug use. But in The Biology of Desire, cognitive neuroscientist and former addict Marc Lewis makes a convincing case that addiction is not a disease and shows why the disease model has become an obstacle to healing. Lewis reveals addiction as an unintended consequence of the brain doing what it's supposed to do - seek pleasure and relief - in a world that's not cooperating.

I'm purely interested in the science and neurology of addiction. This book was a great introduction. I read it out of curiosity. I can't assess if it will help solving an addiction problem. 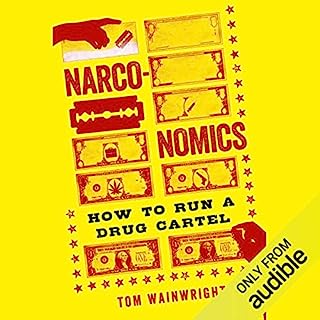 What drug lords learned from big business. How does a budding cartel boss succeed (and survive) in the $300 billion illegal drug business? By learning from the best, of course. From creating brand value to fine-tuning customer service, the folks running cartels have been attentive students of the strategy and tactics used by corporations such as Walmart, McDonald's, and Coca-Cola.

I re learned a lot of economic principles from this book. And was also amused and shocked. 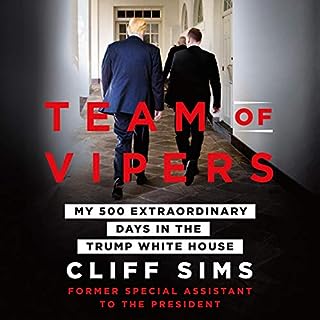 After standing at Donald Trump’s side on Election Night, Cliff Sims joined him in the West Wing as special assistant to the president and director of White House message strategy. He soon found himself pulled into the president’s inner circle as a confidante, an errand boy, an advisor, a punching bag, and a friend. This is the story of what it was really like in the West Wing as a member of the president’s team. It's a story of power and palace intrigue, backstabbing and bold victories, as well as painful moral compromises, occasionally with yourself.

Another view on Trump from a different perspective

Compared with other Trump books (I've read five) this one feels more balanced. Good to see the more positive sides too. 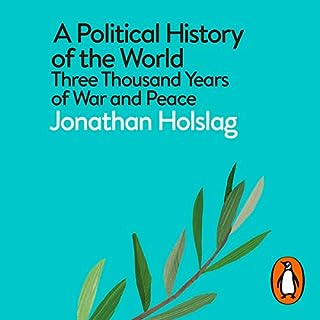 Penguin presents the audiobook edition of A Political History of the World by Jonathan Holslag, read by Roy McMillan. In 3,000 years of history, China has spent at least 11 centuries at war. The Roman Empire was in conflict during at least 50 percent of its lifetime. Since 1776, the United States has spent over 100 years at war. The dream of peace has been universal in the history of humanity. So why have we so rarely been able to achieve it?

Same high quality as Ferguson and Fukuyama history books. It's own view and style.
My only peeve: would have liked to see separate chapters with theory and models of diplomacy and war/peace. 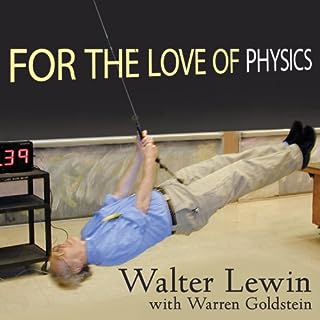 As Carl Sagan did for astronomy and Brian Green did for cosmology, Walter Lewin takes listeners on a marvelous journey in For the Love of Physics, opening our eyes as never before to the amazing beauty and power with which physics can reveal the hidden workings of the world all around us. "I introduce people to their own world," writes Lewin, "the world they live in and are familiar with but don't approach like a physicist - yet."

A very good book for beginners. The first chapters are well written but very, very basic.. The last chapters on astronomy are the most interesting. 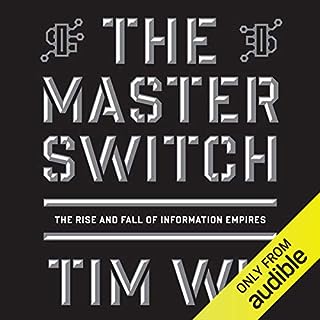 Could history repeat itself, with one giant entity taking control of American information? Most consider the Internet Age to be a moment of unprecedented freedom in communications and culture. But as Tim Wu shows, each major new medium, from telephone to cable, arrived on a similar wave of idealistic optimism only to become, eventually, the object of industrial consolidation profoundly affecting how Americans communicate.

Makes you think - really worth the time

A really enlightening analysis of monopolistic behavior in the media. Well written. Several nice anecdotes. Good technical economic/media history book. No easy subject matter. Will have to re-listen to absorb all the content. 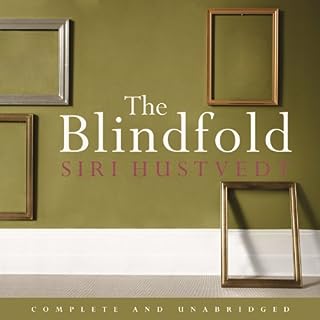 Iris Vegan, a graduate student living alone and impoverished in New York, encounters four strong characters who fascinate and in different ways subordinate her: an inscrutable urban recluse who employs her to record the possessions of a murdered woman; a photographer whose eerie portrait of Iris takes on a life of its own; an old woman in hospital who tries to claim a remnant of the ailing Iris; and a professor she has an affair with.

Captivating book - not hard but not shallow

An interesting set of connected stories. Well written, with a nice plot in each story and a nice plot overall. Professionally done, I really enjoyed the read. Might merit a re-reading, especially the first story. 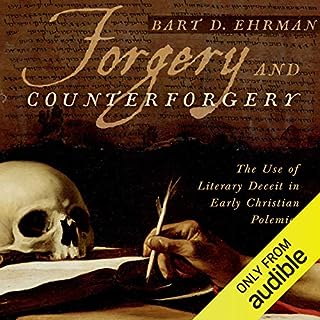 "Arguably the most distinctive feature of the early Christian literature," writes Bart Ehrman, "is the degree to which it was forged." The Homilies and Recognitions of Clement; Paul's letters to and from Seneca; Gospels by Peter, Thomas, and Philip; Jesus' correspondence with Abgar, letters by Peter and Paul in the New Testament - all forgeries. To cite just a few examples.

This is a very detailed and academic book. It is less accessibly written than the other books by Bart Ehrman. Very interesting and well researched and ably presented. But it goes much deeper than all the other books from this author I know. 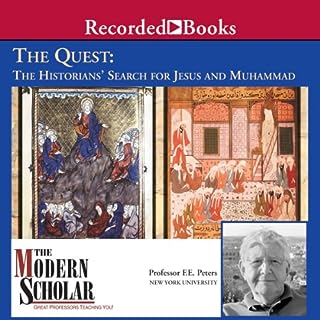 Esteemed professor emeritus F.E. Peters compares the similarities and differences in the dual searches for the historical Jesus and the historical Muhammad. These quests have been the focus of considerable effort since the lifetime of each of these venerated figures.

A pleasure to listen to. I already knew the part about Christianity but I enjoyed it anyway. The part about Islam was completely new and I learned a lot of things. The comparison of Christian and Islamic viewpoints is very interesting.