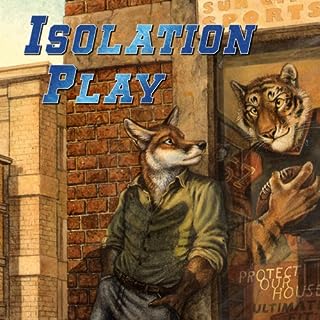 Devlin Miski thought coming out on national TV would be the hardest part about being a gay football player. But it's when his press conference is over that the trouble really starts. The athletic tiger and his boyfriend Lee, a fox with a tongue as quick as his wit, still won't get many breaks in their fight for understanding. They'll need to deal with a stubborn reporter determined to get a story any way he can, furious parents, and hostile teammates - not to mention each other. 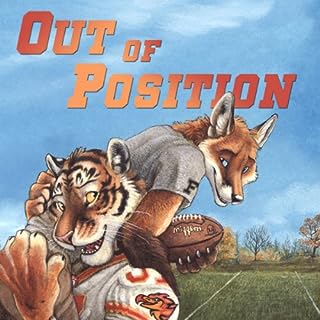 Dev is a football player at Forester University, a small liberal arts college where he and his teammates get to strut around and have their pick of the girls on Friday nights. That's as good as it gets - until he meets Lee, a fox with a quick wit and an attractive body. Problem is, Lee's not a girl. He's a gay fox, an activist who never dreamed he'd fall for a football player. As their attraction deepens into romance, it's hard enough for them to handle each other, let alone their inquisitive friends, family, and co-workers.

I think the Audiobook is very well done (a few technical problems with background noise, but not terribly noticeable). The author clearly understands his characters and puts a lot of individual personality into their stories, and the speaker did really well giving the personalities life and differentiating them from each other.

On the surface, this story is about furries and gay relationships (yes, with some X-rated scenes), but instead of those being an addition to the story, or a side dish to the main story, they have been woven perfectly into the story to give a well-rounded perspective on the characters and how their two stories intertwine. This story shines a spotlight on the challenges of being a gay football player both before and after this being known to the team, family, friends, the press and the public. The larger story (continued in "Isolation Play", "Divisions", "Uncovered" and eventually "Overtime") tells of two individuals who have to come to terms with who they are and what they want in order to keep each other in their lives, while balancing problems at work, problems with the family, and problems with being a public figure (professional football player).

Excellently written. Excellently performed. Definitely a pleasure to listen to. Careful though: when I was listening to the story for the first time, I got so caught up in the character's emotional roller coaster of a relationship, that their emotional state started affecting mine to the point that I would be giddy at work, listen to the next chapters at home, then go back to work in a sour mood, purely based on what the characters were doing at that point. It was fun though.