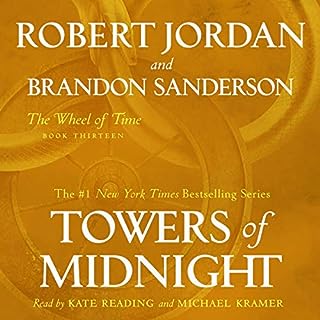 The Last Battle has started. The seals on the Dark One’s prison are crumbling. The Pattern itself is unraveling, and the armies of the Shadow have begun to boil out of the Blight. The sun has begun to set upon the Third Age. Perrin Aybara is now hunted by specters from his past: Whitecloaks, a slayer of wolves, and the responsibilities of leadership. All the while, an unseen foe is slowly pulling a noose tight around his neck.... 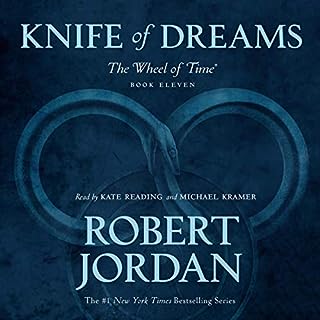 The dead are walking, men die impossible deaths, and it seems as though reality itself has become unstable: All are signs of the imminence of Tarmon Gai'don, the Last Battle, when Rand al'Thor, the Dragon Reborn, must confront the Dark One as humanity's only hope. Unbeknownst to Rand, Perrin has made his own truce with the Seanchan. It is a deal made with the Dark One, in his eyes, but he will do whatever is needed to rescue his wife, Faile, and destroy the Shaido who captured her. 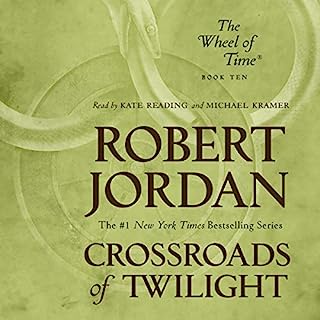 The Wheel of Time turns, and Ages come and pass. What was, what will be, and what is, may yet fall under the Shadow. Let the Dragon ride again on the winds of time. Crossroads of Twilight is book ten of Robert Jordan's best selling Wheel of Time series.