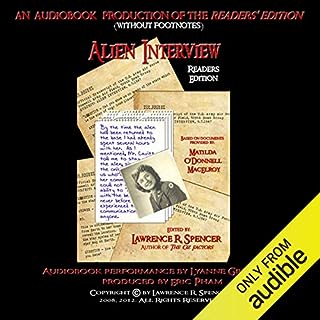 Copies of two letters, Top Secret military transcripts, and notes from the late Matilda O'Donnell MacElroy, an Army Air Force nurse at the Roswell Army Air Field 509th Bomb Group in 1947. In her letters she asserts that the transcripts are an exact recording of a series of interviews she conducted with an extraterrestrial being as part of her official duty as a flight nurse in the U.S. Army Air Force. During July and August she interviewed a saucer pilot who crashed near Roswell, New Mexico on July 8, 1947.

Just Open your mind it all makes sense !